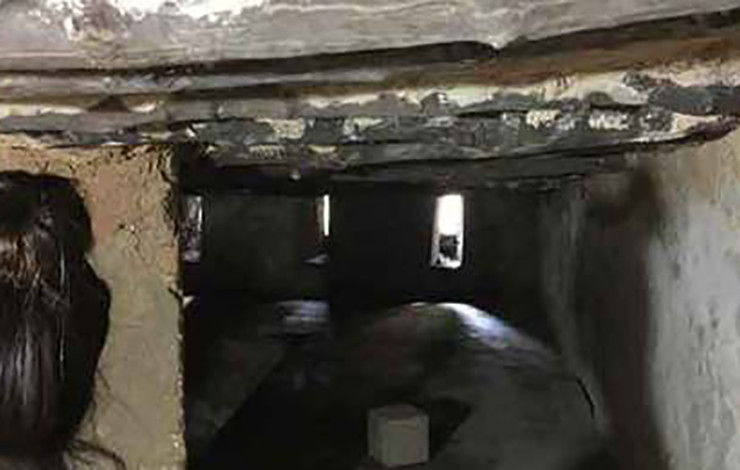 In addition to the three historic locations, seen in the previous edition of The Source Newspaper, the slaves’ auction place, the slaves’ chamber, and the slaves’ lashing ceremony, Zanzibar has kept the house of the last slaves’ merchant along with his tomb as part of the cultural historic tour. Being currently in renovation, we could not have a tour of the house which seems to be one of the tallest houses in Zanzibar, but the merchant’s grave was next to his house. In order to keep alive the memory of the merchant, residents of Zanzibar turned his tomb into a trash corner. Thus, by the merchant’s tomb stood piles of trash.

Now what is unique about this part of history is its complete absence in all other places I have thus far visited. Europe, the United States, Canada, and the Middle East and the North African all were heavily involved in the slaves’ trade for several centuries. However, no historic site similar to the one in Zanzibar seems to have been kept or constructed to commemorate that dark part of human history. A question to which the answer may not be that simple. Each country has been busy celebrating its own historic war heroes, politicians, innovators, and at times academics, but the slaves’ trade along with its history will apparently remain lost in history.

The lesson is monumental. Why shying away from acknowledging malpractice, inhumane and extremely irrational behavior, enslaving other humans and declaring one’s’ superiority?

At the center of the slaves’ historic monuments, residents of Zanzibar built a small Peace Pole on which one reads ‘May Peace Prevail on Earth’, a call for peace in such languages as English, Arabic, and Swahili.

May Peace Prevail on Earth

Dr. Maher Bahloul holds a PhD in Linguistics from Cornell University. He was recently a Visiting Professor at UBC and he is an Associate Professor at the American University of Sharjah where he teaches graduate and undergraduate courses within the Department of English.