Learning Through the Arts (LTTA): a refuge for refugees 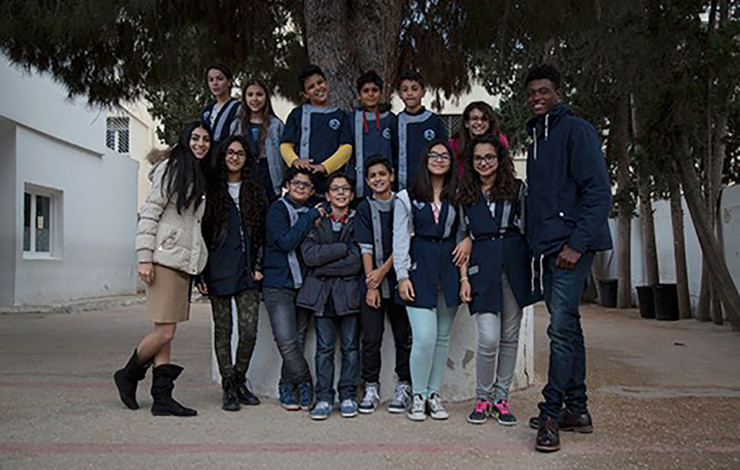 Learning Through the Arts (LTTA): a refuge for refugees

Maher Bahloul, University of British Columbia (UBC)’s visiting linguistics professor from The American University of Sharjah, Dubai, has constructed a Learning Through the Arts (LTTA) proposal for refugees.

The concept of Bahloul’s proposal Meaningful Integration of Syrian Refugees: Targeting the Artistsis based on several factors, including the recent arrival of Syrian Refugees in Canada and the country’s experience in arts-based education.

Over 10 years ago, Bahloul never expected he would be teaching English – or any other language – through an arts-based approach. However, when he took his daughters to a summer workshop in Salt Lake City, Utah, U.S.A., something caught his attention. During the workshop, Steve Anderson, film production instructor from SCERA, a non-profit family-oriented arts organization, asked Bahloul to assist him in some scenes. Immediately afterwards, Bahloul recognized marked changes in the students’ behaviour.

“Their posture changed and they spoke more confidently,” says Bahloul.

When he went back to Europe, Bahloul decided to open a language school in Paris.

“I called up Anderson and asked if he would be interested in teaching some film courses.”

Anderson agreed, and subsequently, Bahloul witnessed these new students grasping language concepts more readily. He realized this program had merits beyond regular language courses, which sparked his passion for LTTA in regards to teaching language.

Amal Bahloul, his daughter and co-founder of the Light’s, Camera, Learn project, has also been inspired to teach language acquisition through LTTA in Tunisia. The recent graduate from Pepperdine University in Malibu, CA, says that film used as tool for education creates a powerful conduit for learning. This model is discussed in professor Bahloul 2012 publication Lights, Camera, Action and The Brain: The Use of Film in Education, co-edited with Carolyn Graham.

It has been just over a year since 25,000 Syrian refugees were brought to Canada and Bahloul says the B.C. settlement agencies currently grappling with how to accommodate the surge in client needs caught his attention while he was busy doing his academic research.

“Syrians are renowned for their artists,” he says in regards to his experience living in the Middle East.

Bahloul’s proposal looks at how schools and community centres can facilitate the integration of the Syrian refugees by interning the artists locally. A highlight of the proposal’s objective is to create a meaningful space for Syrian refugee artists. Within this space, the goal is to identify them and make use of their artistic talents while assisting with social and financial integration. Bahloul feels this approach benefits the community as well as the newcomers.

Diana Jeffries, a Literacy and Language Coordinator at DIVERSEcity, a Surrey-based non-profit settlement organization, and a PIRS’ Language Instructor for Refugee Women, is also involved with learning and teaching through the arts.

“Creating art allows for the exploration of identity as well as elementary kinetics,” she says.

Jeffries says her students find it less demanding to explore aspects of their new life in Canada through art. Both Bahloul and Jeffries agree that having an environment of relaxed engagement, symbiotic to art-based learning, enables participants to reconnect and move forward.

With his expertise in language coupled with his interest in the arts, Bahloul sees how the current Canadian refugee integration process could be propelled forward with the LTTA approach. He feels that both Canadians and Syrian refugees could benefit from the proposal and that with a foundation of empowerment, the project has the potential to help the immigrant population move confidently forward with a smoother integration. Bahloul says that this positive process of learning and teaching through art creates momentum instead of being stuck in a situational limbo.

“When you enjoy a lecture, an exercise, that joy plays a major role in learning an aspect of language. So, learning through joy – learning through entertainment – becomes a powerful tool,” says Bahloul.